Rental rates are on the rise…

Rates in Bend’s commercial real estate rental market continue rise as the amount of available space for lease continues to tighten. Check out the infographic below which shows a quick look at the the past year’s change in average rental rates in the office, industrial and retail product types whole comparing average rental rates between Bend, Deschutes County and the state. 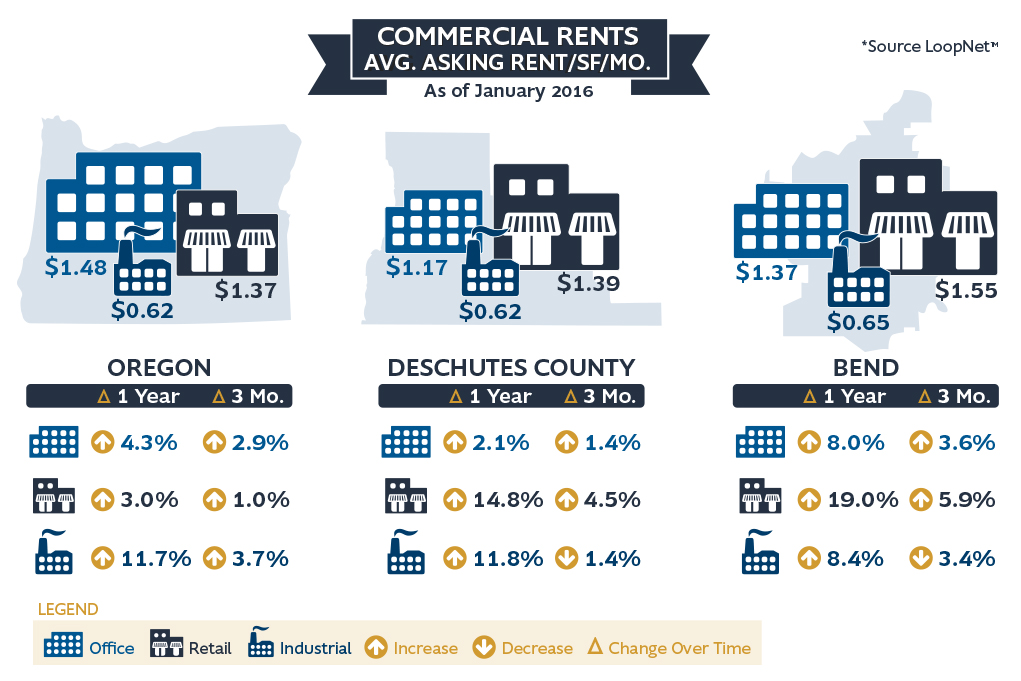