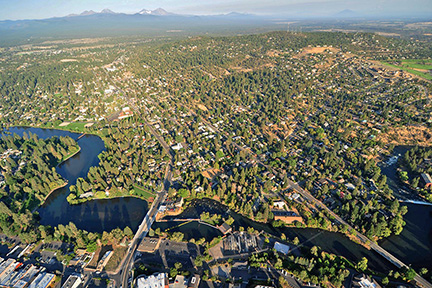 In particular, the study showed that metro areas accounted for 96.5 percent of all new U.S. Jobs last year — the highest mark in 16 years.

As the Business Journal highlights the region’s biggest employers in this week’s print edition, the graphic below takes a look at some of the most interesting data from the USCM report. by Compass Commercialon 2 March 2016in Local Economy & Community
The State of Oregon Employment Department’s year-end release reported the Central Oregon region netted over 2,700 new jobs through the course of the year. The vast majority of these gains were in Deschutes County, which recovered from the recession early in 2015 and continued to expand through the end of the year. In January 2015, Oregon’s unemployment rate was 5.9%. The latest press release reports a drop in Oregon’s unemployment rate to 5.1 percent in January 2016.

“Oregon’s labor market is as good as it was during previous expansions,” said Nick Beleiciks, Oregon’s state employment economist. “The unemployment rate is now lower than it was in most of the mid-2000s and nearly as low as in the mid-1990s. Oregon is adding jobs at a faster rate than during the mid-2000s, and the number of jobs added over the last year is on par with growth during the mid-1990s.”  Read the full release here. Is Bend headed for another bubble?

After falling hard in the Great Recession, Bend is now on the upswing and today the Oregon Office of Economic Analysis released an update on Bend’s employment and housing expansion for the first time since 2009. “Expansions in Bend are awesome,”  notes Josh Lehner,  Senior Economist with the State of Oregon, pointing out Bend’s 6-8 percent job growth, which significantly outpaces the state overall, which also significantly outpaces the nation.  Bend’s growth is now nearly 7 percent.

Home prices are escalating based on limited supply and demand, and home building will continue to pick up if the expansion rate continues. Read more of Lehner’s Central Oregon update here.